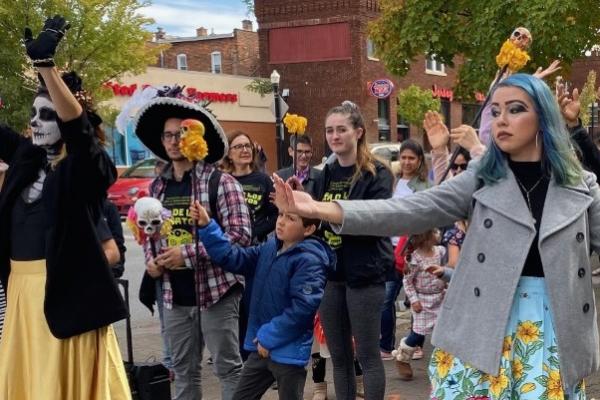 On October 18 and 19, 2019, various events were held to celebrate Día de los Muertos. On Friday, October 18, a roundtable conversation, "Moving Subjects: The Travels of Día de los Muertos (Day of the Dead) Observances,” explored the cultural forms associated with migrations, placemaking, memorial practices, and the local iterations of the Mexican celebration of the Día de los Muertos. On Saturday, October 19, the celebration began at Gateway Film Center at 11 AM and lasted until 5 PM. The events included a screening of Coco (2017), procession to the Sullivant Hall with Laura Rodriguez, a discussion ("How Movement Moves: Dancing Across Borders, from West Africa to the Americas"), and reception with altars & exhibit “Latinx Comics Past, Present and Future”

The altar was dedicated to Rubén Castilla Herrera, a Columbus activist who passed away on April 6 of 2019, and to the victims of the massacre at El Paso and Dayton.

Herrera was a leader in the Columbus Sanctuary Collective, being an advocate for Edith Espinal, who has taken sanctuary in the Columbus Mennonite Church since 2017 after being denied asylum by a federal judge. Rubén's work advocating Espinal led to action from the city council, which passed a resolution to support Espinal's right to live as a free woman in the United States with her family.

Four months after Herrera’s passing, on August 3, a gunman opened fire at a Walmart store in El Paso, TX., killing 22 people and injuring 25 more at the Walmart near Cielo Vista Mall in El Paso.

The victims of this heinous act, which targeted Latinos, was also commemorated by the altar, as were the victims of another gunman in Dayton, Ohio, who, only 13 hours after the massacre in El Paso shot and killed 9 people, and injured nearly 30 others.

The names of the victims were shared with the audience. 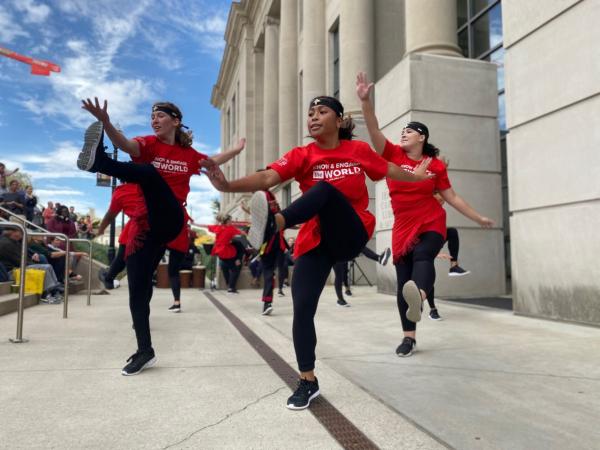 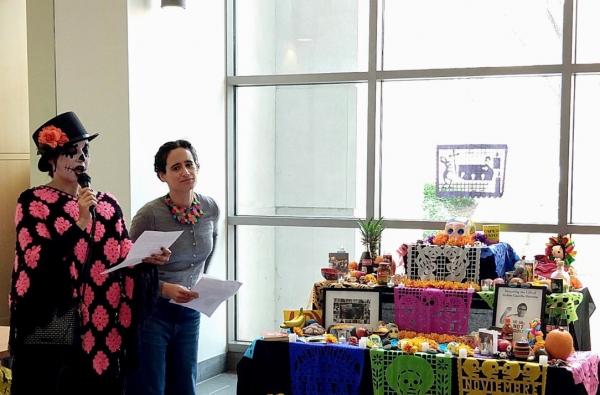 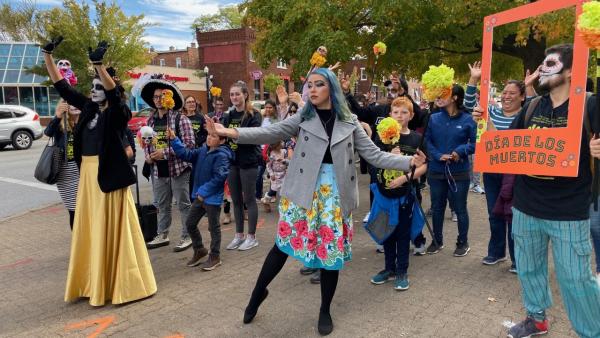 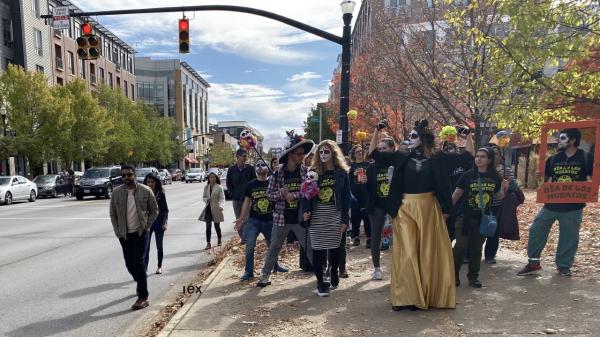